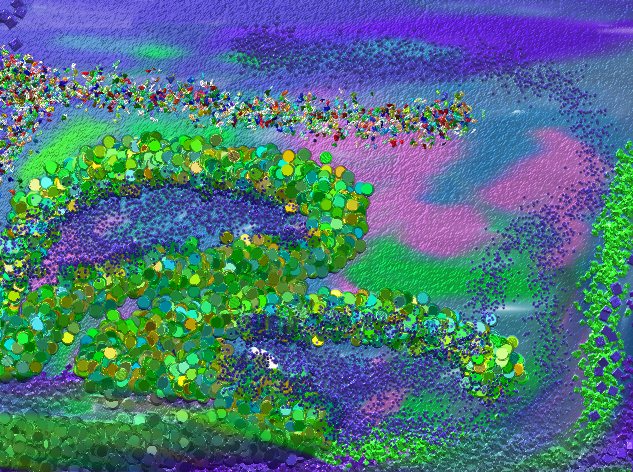 Dragon flies
through the night
leaving trail
of emerald light.

Do not mistake him
for Northern Lights-
he tells a story
of different sights.

Should he cause a breeze
with  his shadowed flight,
you need have no fear…
he’ll not alight …

He prefers jewels
that match his tail,
and we human beings
are far too pale!


Elizabeth Crawford has provided suitably draconian words for this week's Two in Tandem, and the Mister Linky List will give you a chance to copy the picture and post your own, if you feel inspired!
Posted by Jinksy at Thursday, June 30, 2011 12 comments: 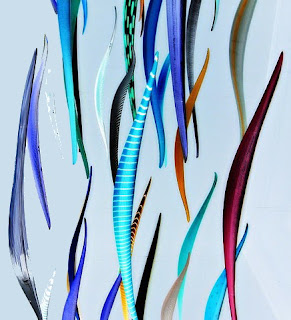 Cool water's
hidden universe,
full of life,
holds many
marvels man can only see
by altering his viewpoint.

Another Magpie Tales challenge. Thanks Tess!
Posted by Jinksy at Monday, June 27, 2011 26 comments:

Up Where The Air Is Clear 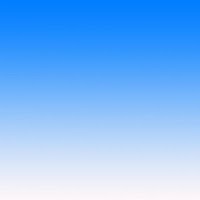 Blue skies have depths where eyes travel light year distances with the blink of an eyelid's lash. They sweep away thought - and the mind free falls into space.

Today, here is a thoughtful poem in Etheree form , written by Elizabeth, to accompany my seventh Tandem graphic, while she has graphics on her Unraveling blog for which I've written the words.


Now here for the first time is a Linky List, so you can help yourself to my 'painting' to use on your own blog, if the muse strikes and you'd like to join in.
Have fun, people...

Wednesday's Child Is Full Of Woe

What better place to flaunt this old saying, than on One Shot Poetry Wednesday?
Instead of being a lie-abed, I opted for starting the day by letting my sleep deprived mind do a little daydreaming, instead. Which may explain  this peculiar result...

Before a sign of sun signals
sensible souls to stir,
a four-in-the-morning moment
dies a dull doldrums, slack tide death.

Will Wednesday
be a walk on the wild side
or a flash-in-the-pan panjandrum
of mid-week melancholy?

Too early to tell; toll the knell
and let who will be merry...

I hope to be back to normal in time for Two In Tandem tomorrow, when I shall endeavour to include a Linky List to tempt people to join in our Thursday frolics, the first of which you may find by clicking on the Tandem link above.
Posted by Jinksy at Wednesday, June 22, 2011 19 comments:

Jumping bean letters imprint images,
but no ink-stained fingers for them
only a tapping key tarantella
danced on a keyboard.

"Free board and lodging
for hard working words.
Must earn their keep."

So reads a notice in the window
of a mind in search of free verse.


See One Stop Poetry and Fireblossom for an explanation of this departure from my usual course!

And while it's still Monday, Magpie Tales nudged me to play with this other kind of framed image, and I decided to put them together, although a shadorma is not exactly free verse... 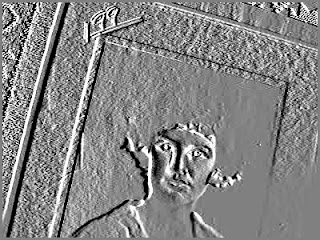 Set in stone,
this gem of beauty
has facets
carved in light.
Across untold centuries
its gaze will haunt us.
Posted by Jinksy at Monday, June 20, 2011 33 comments: 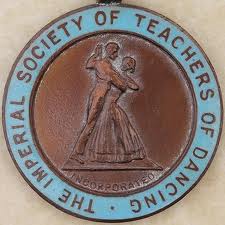 I've met some terrible dancers
in the far off days of my youth.
Some were handsome and sprightly,
but others were brash and uncouth.

My toes got the bruises to prove it,
and patience would wear a bit thin,
but I never gave up on researching
the best bloke to lead me in a spin.

Too tall, and my nose hit the buttons
on their blazer or jacket, you see...
too short and their nose was the problem
because of where it reached on me...

I'd feel their hot breath down my cleavage,
and if their feet then lost the beat,
my toes would recoil in mock horror,
and I'd beat a hasty retreat!

Alicia's new Maffick Monday blog chose 'a terrible dancer' theme for her first prompt. Although the picture came via Google Images, I do actually have three ancient medals of my own - two for Ballroom and one for Latin American - all from the same ISTD examiners, so personally, I can be excused from the 'terrible' label, I think !
Posted by Jinksy at Sunday, June 19, 2011 13 comments:

On a sunny, blustery afternoon last Monday, I'd finished my shopping, and decided to sit and watch the world go by before I came back to cook my meal.
The 'baby school' had just finished for the day, and I saw a tiny tot in her blue and white checked dress, pony tail swinging, trot past holding Dad's hand, looking very earnest.
A few moments later, she passed by again in the other direction, but this time holding a huge, chocolate topped ring doughnut from which she'd already taken a few bites. They had left her with brown striped cheeks, which made her look like The Cheshire Cat from Alice in Wonderland.... I smiled...and I hope you do too! :)

This is a just a little snippet for I Saw Sunday , where you can find more things seen, heard or created this week...
Posted by Jinksy at Saturday, June 18, 2011 13 comments:


Crystal Cave
of childhood
imagination
sparks memory
of long ago sense
of wonder,
safety
never to be found
again.


Here is the latest collaboration - Elizabeth's words and my 'painting', which you are welcome to use on your blog if you you'd like to join in...but do leave us a link, so we can visit. Otherwise, if your  muse strikes, you can always give her free rein in a comment here!
At Unraveling each Tuesday,  the roles are reversed, for Elizabeth posts my poems inspired by her artwork. Do feel free to play along. Susannah, at Panopticulated has already decided to do so, and
I couldn't resist linking to Poets United Thursday Think Tank, as they have  a seaside theme today. Although I had no subject in my conscious mind when I  began painting, the end result did feel as though it encompassed land and water - i.e. some Neverland beach...
Posted by Jinksy at Thursday, June 16, 2011 13 comments:


His dimples dented my heartstrings. Eighteen
to his twenty, we had plenty in common;
shared an uncommon view of the world...

"Look, Pigloos!" he christened them,
eyes laughing. To his achitectural mind,
a toadstool ring turned into a town centre
from plans drawn up by a pixie council...

But fate's hard hat could not prevent
demolition of our dreams. Too late
to alter direction, the next roundabout
forced us to take different lanes...

Half a life later, we met at a junction,
rode a dual carriageway, cruising...

until we crashed in a final pile up
when a danger sign said 'Road Closed'.


I've linked to One Shot Wednesday, even though I wrote this on Monday!
Posted by Jinksy at Wednesday, June 15, 2011 15 comments: 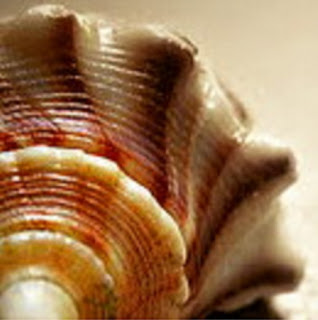 Are these whorls
a shell's fingerprints?
Or only
signs of time
spiralling beyond knowing
of either man or mollusc?

Which life force
teaches them to grow
according
to numbers
whose elegant mastery
creates their fragile beauty?
With thanks to Tess at Magpie Tales.
Posted by Jinksy at Monday, June 13, 2011 36 comments: 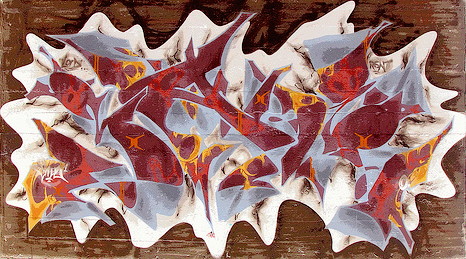 Graffiti
takes on a new life
as colours
are altered,
backgrounds eliminated.
A work of art is revealed.

One Stop Poetry has a selection of pictures of this genre, but this one cries out for recognition...I apologise to the original artist for tinkering with his creation! 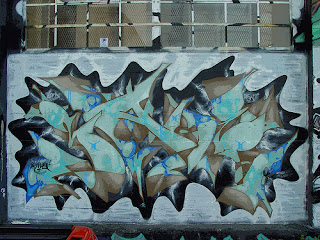 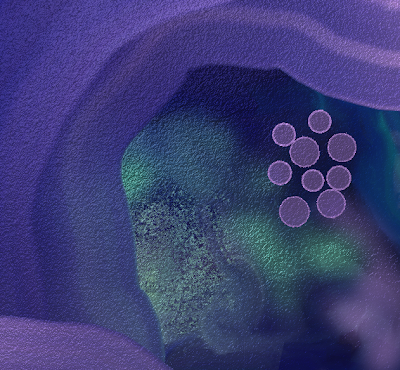 By Elizabeth
In deep purple cave of remembering
ideas, like dust motes, float and drift
seeking niche where they might cling,
bringing inspiration of creation
to ever changing blue/green shadows
eager to receive them.
By Susannah 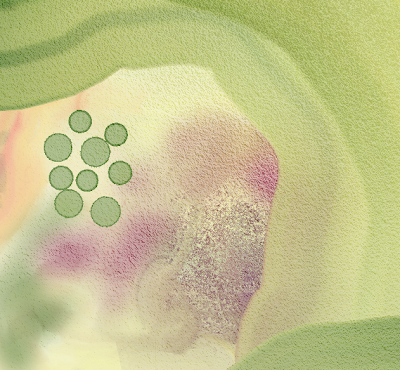 Ideas...like seeds,
hang, expectant
in the charged air,
seeking receptive soil
into which to sink
their eager roots,
nothing in mind
but to become,
to actualise.

A doorway
beckons us with light;
it welcomes,
entices,
offers possibility
of change to all who enter.

This week, two has become three, as Elizabeth  of Unraveling and Susannah of Panopticulated have both written their own words to my graphics - the first I've created with my new Bamboo Tablet & Pen. And to complete the trio, I've written a shadorma as my contribution.
If you feel inspired to join in, please help yourself to either picture. You can write your own words, either in the comments section here, or post them on your blog and leave a link so we may visit!
Posted by Jinksy at Thursday, June 09, 2011 6 comments: 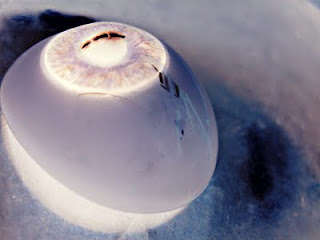 The craft hovered above the blue planet, beams of light connecting to the surface like tendrils of a giant jelly fish. A circular tracking device on top of its outer shell  followed the homing signal that would guarantee their safe return to base when the assignment ended. Exploration Alien was about to begin in earnest.

These words were inspired by Tess for her latest Mag #68, and will eventually fit G-man's Friday Flash 55 into the bargain!

Down on the allotments trouble was brewing.
The vegetables wondered what this plant was doing!
Was it a flower, or some kind of food?
They chattered and stared - in fact they were rude.

"Look at its colours! My, what a sight!"
muttered the aubergine, "I don't think it's right!"
"Yes", squeaked the leek, "It's too big and round,
and somehow its feet aren't tucked in the ground.

I bet it will disappear when the wind blows!"
"Humph!" said the potato wrinkling his nose,
"I wish I could join it, I'd be off like a shot,
whether you stay-at-homes liked it or not!"

Thanks to bkm at  Monday's Child for this colourful prompt.
Posted by Jinksy at Monday, June 06, 2011 20 comments:

Thanks to One Shoot Sunday Challenge  which features the work of Rob Hanson today.


And over on Napple Notes, is another post, of a childhood memory it brought to mind, and for a triple whammy, here's a Sunday 160 character offering for Monkey Man.

A higgledy-piggledy workshop is a must. How else can creation work hand in hand with inspiration? Fingers use materials close by, when brain births a new idea.
Posted by Jinksy at Sunday, June 05, 2011 24 comments:

No matter where or how
they grow, draw the eye
away from everything else.

Stand up to speak language
of purple, always saying,
“This, this is personal power.”

This is another collaborative post for our Thursday twosome. If you'd like to join Elizabeth and I, please feel free to write your own words to this image, either in comments here, or on your own blog - in which case, please leave a link, so we can come and visit. Thanks!
Posted by Jinksy at Thursday, June 02, 2011 7 comments:

On With The Dance!

Whirling of petticoats,
flashing of eyes,
as couples gyrate.
See? Girls with their guys
flaunting bright cummerbunds-
colours galore
on softly draped neckerchiefs.
None can ignore
the traditional folk tunes
whose rhythmical beat
encourages dancers
to stamp their feet!

Thanks to Juliet for this creation,  for which I supplied words. It's on her blog today, as well as here, but as we'll have different people dropping by, I thought I'd go for the double! Now I'm going to link it to One Stop, as I believe in making the most from the least...
Posted by Jinksy at Wednesday, June 01, 2011 11 comments: