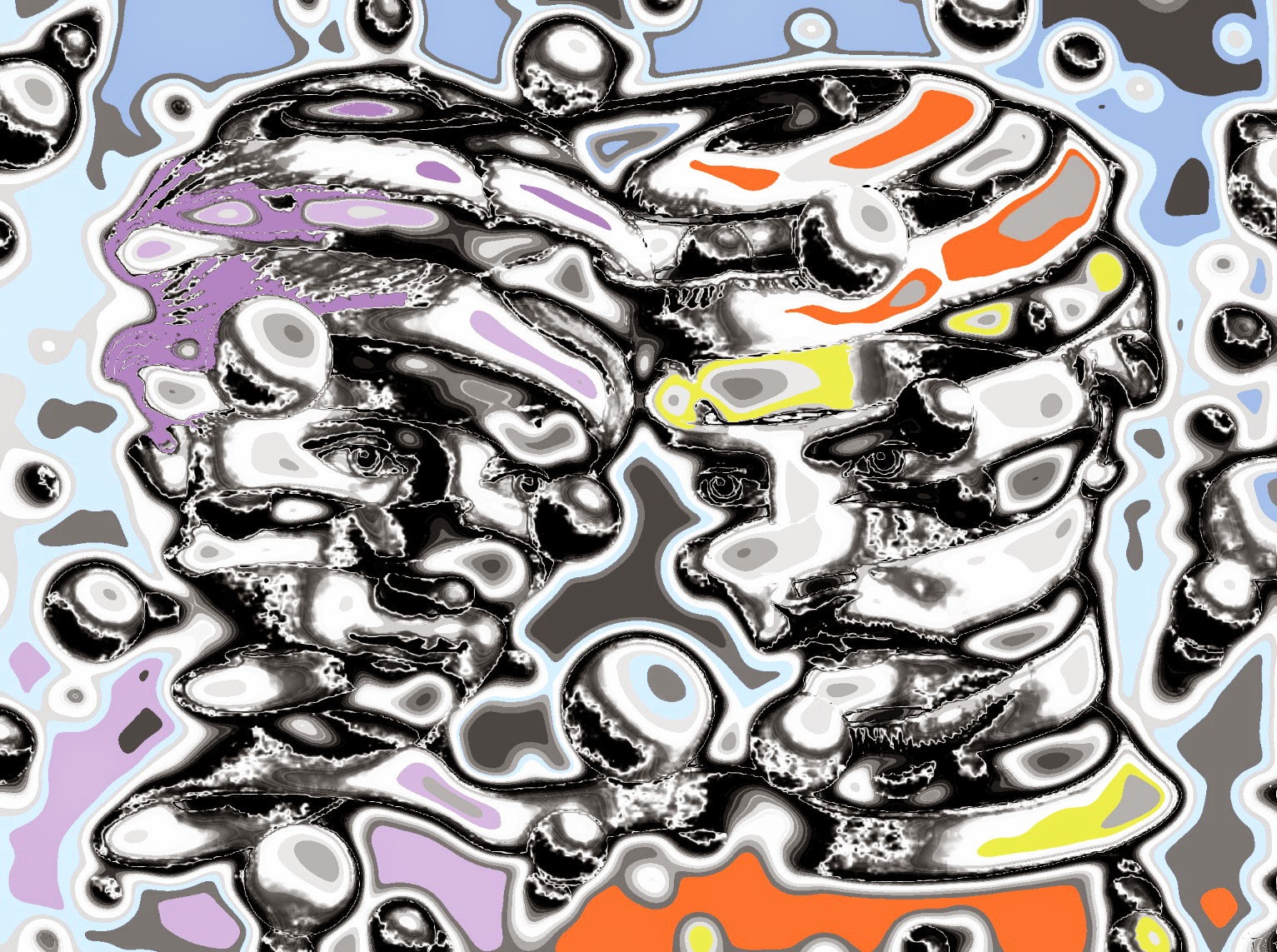 A soldier and his dainty lass
were sad to say goodbye
when he was forced to go to war;
they parted with a sigh.

"Take care! No matter where you roam
I'll pray for you each day"
and bravely holding back the tears,
she waved him on his way.

The soldier in his scarlet coat
marched off with noble tread,
while fearing that the girl might guess
what thoughts lay in his head.

"How will I live without my love?
And should I not survive
how will she fare all on her own
instead of as my bride?"


Inspiration gave out at this point, but I may add to it later! The adapted picture is of this week's Magpie which Tess gave us. Its original version is 'Bond of Union, 1956, by M. C. Escher', but I needed to play!
Posted by Jinksy at Sunday, November 30, 2014 8 comments: