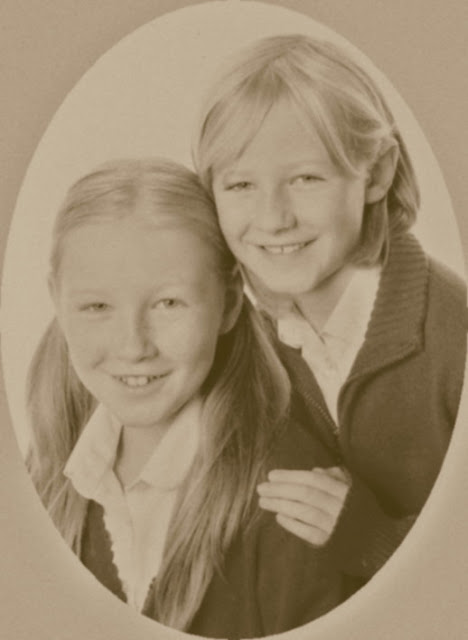 Sepia Saturday featured an old photo of two little girls, so I played with this modern one of my two sweetie pie granddaughters, and aged it accordingly.Guess they should have been wearing frilly white cotton frocks, don't you think? :) But I began thinking of 'the sister I never had,' and the following lines wrote themselves!

I never had a sister,
so I guess I missed a
lot of fun.
I may have done...
but who knows?
We may have come to blows!
Although I think not.
I had a brother and we swapped
mostly laughs and jokes
and learned to poke
fun at ourselves, too.
That was a good thing to do,
for a little mirth
is worth
a mountain of tears,
in later years!
Posted by Jinksy at Friday, November 23, 2012